Queensland to reopen border in November, as venue restrictions ease

Home/News/Queensland to reopen border in November, as venue restrictions ease
Previous Next

Queensland to reopen border in November, as venue restrictions ease

Queensland will reopen its border to all of NSW on November 1, provided NSW goes 28 days without any mystery COVID-19 cases, a roadmap released by the government reveals.

The roadmap of eased restrictions also allows for Queenslanders to eat and drink while standing at inside and outdoor venues from 4pm on Friday, October 2.

From November 1, up to 40 people will be able to gather in homes and public spaces in Queensland.

Dancing will also be allowed for weddings of up to 40 people, provided the event has a COVID-safe plan.

Numbers at gatherings will increase to a maximum of 50 people in homes and public spaces from 1am on December 1. 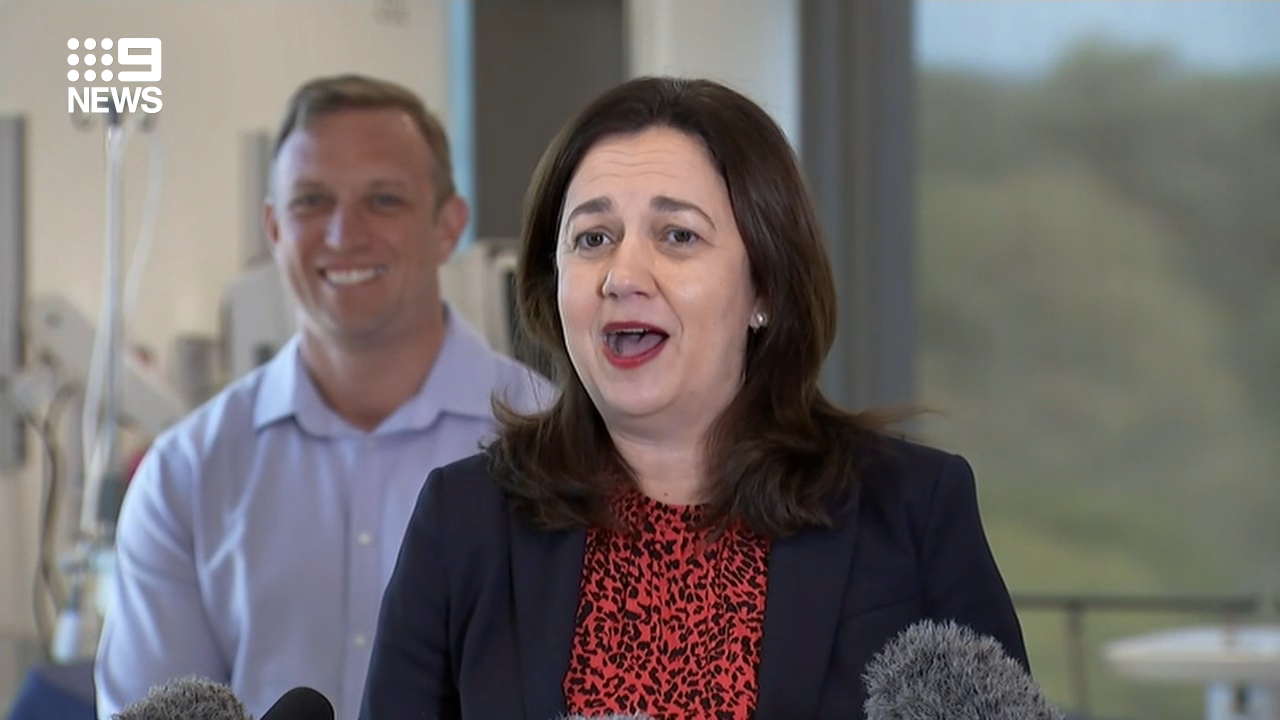 Queensland Premier Annastacia Palaszczuk has announced a roadmap for easing restrictions in the state, including when borders will open to NSW

From that date, permitted crowd numbers at outdoor events will be increased from 1000 to 1500.

“Now, there’s only one provision – we want people to make sure they are keeping up with their social distancing, but this is something that the communities have been saying to me,” she said.

The border will remain closed to travellers from Victoria until community transmission is under control.

“We’re going to trial dancing at weddings to see how that works so that we can look at whether there’s other places where we could start looking at dances again,” she said.

Dr Young said “wiggling their hips” while standing at a bar was fine but she was concerned about people being in close proximity to strangers.

“It would be nice if people wish to dance 1.5 metres apart, that’s fine,” she said.

“We’re allowing 40 people in their own home to gather closely so it just makes sense that we allow them to dance closely at a wedding because they’re people they know.

“These are the friends and family that they normally have interaction with. It just makes sense.”

“We have always said it can’t be a ‘set and forget’, we must follow the health advice,” she said.

“But what Labor has announced today is no substitute for an economic plan.”

Dr Young said the infected pair were transferred from the airport to hotel quarantine as per protocol.

“Both of them were crew due to go onto a vessel off the port of Brisbane,” she said.

Dr Young said they returned positive COVID-19 results on Thursday afternoon while after they were tested in quarantine and were taken to Princess Alexandra Hospital.