The war of the economic plans continues with National now claiming a major flaw in Labour’s plan. 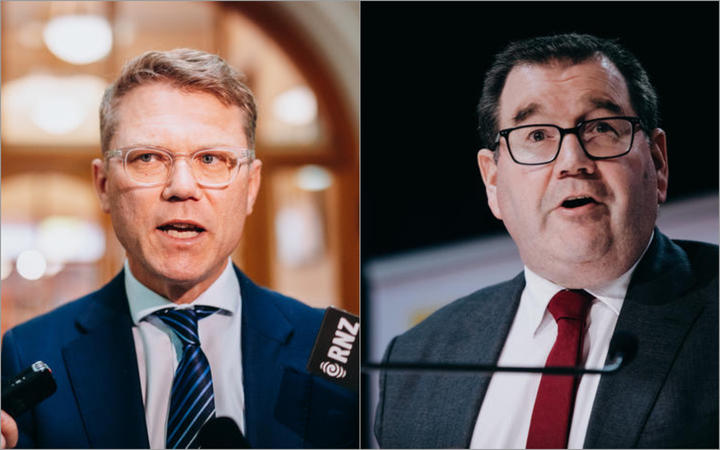 The National Party says there is a $10 billion hole, the latest of the claims and counter claims of errors and fiscal holes between the two major parties.

Yesterday Labour released its plan and immediately had to correct a typo, but says that mistake did not affect the overall budget and its numbers stack up.

But National says there is no provision to pay for the Auckland Light Rail project, blocked by New Zealand First in the last term, but which Labour has recommitted to if re-elected.

National’s finance spokesperson Paul Goldsmith says there was a “deliberate omission … to the tune of more than $10 billion” relating to two of Labour’s most expensive promises.

“Pumped Hydro has estimates starting at $4 billion,” he said.

“Yet there is no mention of it in Labour’s pamphlet. Labour can’t have a policy targeting 100 percent renewable electricity by 2030 without a clear plan to get there and how it will be paid for.”

Light rail for Auckland has been “estimated to cost at least $6 billion, and as high as $15 billion according to Winston Peters,” Goldsmith says.

“Again no mention of it in Labour’s feeble pamphlet. We know Labour promised to release no policy this election, but this pamphlet is taking it to the next level.

“Labour won’t fund Light Rail through the National Land Transport Fund [NLTF] given Grant Robertson has accused National of ‘raiding’ the NLTF to pay for some of our own ambitious transport package,” he says.

Labour says it has taken both projects into account.

In a statement Robertson’s office says since April 2018 the “government has been clear since that it would leverage outside sources of capital for the project, on top of the $1.8 billion seed funding in the Auckland Transport Alignment Project, funded by the National Land Transport Fund and Auckland Council.

“This is funding that would be put at risk under National’s plans to raid the transport fund,” it says.

His office says, for Lake Onslow, the government has “set aside the funding to carry out a business case. This is the sensible thing to do, particularly at this time when we’re being careful with every dollar we spend”.

“I don’t think anyone actually thinks that’s a logical argument, that a project that hasn’t even completed a business case should be included in a plan.

“If that is his [Goldsmith’s] logic then he actually just dug his hole even bigger,” she says.

National has yet to explain the full extent of its own errors, she says, dismissing its accusation as “a decoy”.

However Goldsmith said it “speaks to the arrogance of Labour that Grant Robertson thinks he can get away with so little detail”.

“New Zealanders are staring down the deepest recession in living memory. They want to see specific policies that will grow the economy and create jobs,” Goldsmith said.

“All Labour has offered is a day off, higher taxes and a ban on banana stickers.”