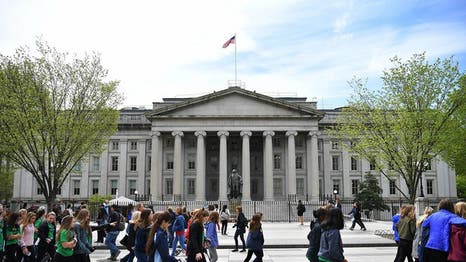 The United States on Wednesday blacklisted 13 entities and six individuals, including the governor of the Central Bank of Syria, in a fresh round of sanctions aimed at cutting off revenue for Syrian President Bashar al-Assad’s government.

The US Treasury Department said in a statement that the sanctions targeted “key enablers” of Assad’s government, as Washington tries to push the Syrian government back to United Nations-led negotiations and broker an end to the country’s nearly decade-long civil war.

The move targeted the head of the Syrian General Intelligence Directorate and the governor of the Central Bank of Syria, as well as a Syrian businessman the Treasury said was connected to the Assad government.

“Those who continue to stand with the brutal regime of Bashar al-Assad further enable its corruption and human rights abuses,” Treasury Secretary Steven Mnuchin said in the statement.

“The United States will continue to employ all of its tools and authorities to target the finances of anyone who profits from or facilitates the Assad regime’s abuse of the Syrian people,” Mnuchin added.

A crackdown by Assad on protesters in 2011 led to the civil war, with Iran and Russia backing the government and the United States supporting the opposition.

Millions of people have fled Syria and millions more have been internally displaced.