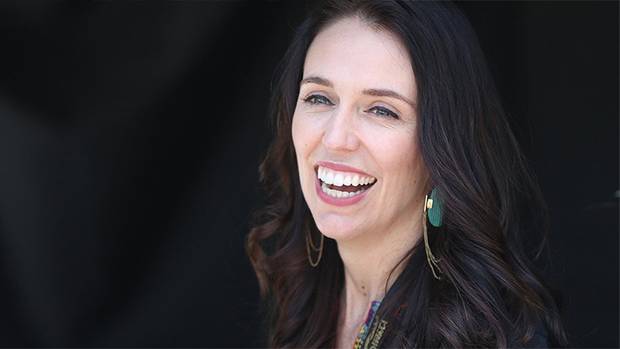 According to Joe Short from gambling.com, Jacinda Ardern’s handling of the Covid-19 pandemic and her inspirational leadership sees her a strong contender to take it out.

The World Health Organisation (WHO) is the current favourite according to Irish bookmakers Paddy Power, coming in at odds of 2/1.

But Short believes Ardern, who is the third favourite according to Paddy Power at 5/1 odds, will be named winner of the prestigious award.

“Its failings [WHO] over the past nine months have also been exposed. And there are calls for the WHO to be dramatically improved if the planet is to fight off another such virus in the future.“

“And that is why PM Ardern is probably the smartest choice for the Prize right now. At 5/1 the Labour Party leader has barely seen her price budge since the nominees were announced earlier this year.

“Her Government has been credited with implementing an efficient crusade against the virus, using strong health messaging, widespread testing and effective lockdowns to combat the disease.

“New Zealand had recorded just 25 deaths from Covid-19, with fewer than 1,900 cases identified across a country of 4.8m people.

Donald Trump is the fifth favourite (12/1 odds), while the Black Lives Matter movement is the seventh favourite at 16/1 odds.

Bill Gates rounded out the top 10 at 20/1 odds of winning the prize. 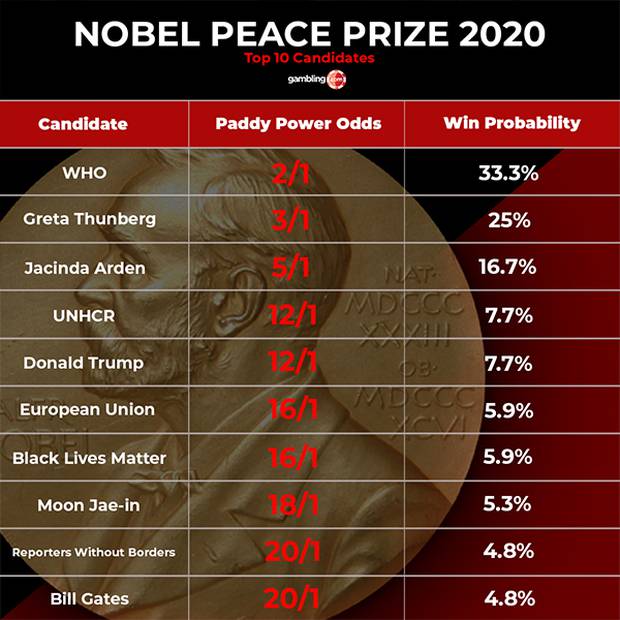