Analysing the leaders’ debate: How did Jacinda Ardern and Judith Collins fare?

Home/Analysis/Analysing the leaders’ debate: How did Jacinda Ardern and Judith Collins fare?
Previous Next

Analysing the leaders’ debate: How did Jacinda Ardern and Judith Collins fare?

The two women vying to govern New Zealand after the upcoming election faced off in the first leaders debate last night. 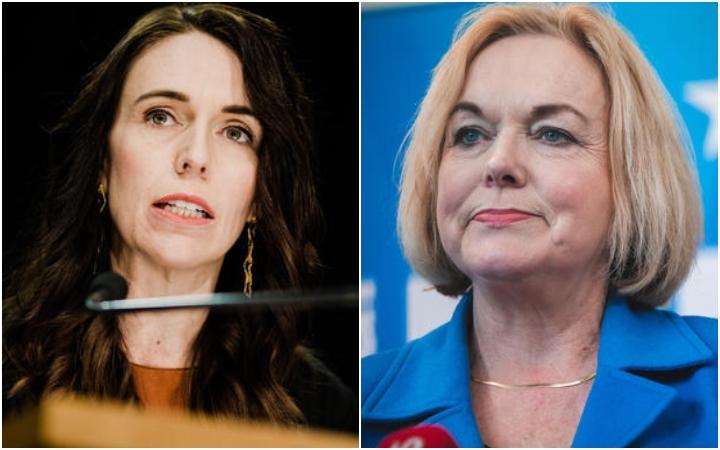 Jennifer Lees-Marshment and Lara Greaves from the politics department at the University of Auckland spoke to Morning Reportabout how the pair fared head-to-head.

“It won’t shift votes … but it gives Judith Collins and the National Party a chance, an opening if you like, to build on and to make a bit of a difference going forward. So I think it will get more attention to them. National voters will be pleased with it. But they need to capitalise on it with good sound policy and they need to stop criticising Labour and talk about what they’ve got to offer instead.

“It was still a surprise to me because (Ardern) has been a master communicator up to this point … she’s no longer speaking ordinary people language. That actually went to Collins instead. Ardern was more sort of high government intellectual…

“It was really strange language for someone like her to be using. So either (Labour) had a very strange tactic where they thought they were going to try not to underperform or something or she’s just too busy running government.

“I still think Collins was more effective because she was like Ardern in 2017 because she showed that she understood people’s concerns, she had this language that was ordinary person language talked in simple language.

“For some reason, Ardern, who is normally brilliant at that, wasn’t doing that last night so Ardern really needs to bring that back into future debates.”

“I’m not sure that we learned anything in particular… I think Collins at some points controlled John Campbell and controlled Jacinda Ardern with things like the ‘Miss Ardern’, the zinger about the Australian rugby team being let in and other comments she had. Part way through I feel she faded a bit and maybe Jacinda Ardern got a bit less waffly and got into her stride a bit more. It was just kind of rather centrist and bland to be honest.

“We always knew this would be quite a close match. I guess there was a little bit more shine on Collins. Just from the start she seemed a bit lighter somehow, in her vibe and how she approached it.

“I think realistically it was fine, (Ardern’s) performance was fine in terms of debates not shifting public opinion. I think it’s not like Collins stood there and ran rings around her or anything. I think they were fairly evenly matched.

“Collins did take a bit of a risk by being a little bit more disfocused in her communication and interrupting, et cetera, if anything there is a possibility that some of the things Collins said have now been memed – the whole ‘My husband is Samoan, Talofa’ thing – is really fast going to turn into a joke on the internet like really similar to the Don Brash ‘my wife is from Singapore’ type of thing…

“That now has the possibility to transcend just that 90 minutes of debate.”

*Jennifer Curtin is a Professor of Politics and Director of the Public Policy Institute at the University of Auckland. Her research and publications focus on Australian and New Zealand electoral politics, trans-Tasman policy innovations, sport, and gender, politics and policy. She is also the academic director of Auckland’s Master of Public Policy Programme and teaches comparative public policy, lesson drawing and the politics of policy.

*Lara Greaves (Ngāpuhi, Pākehā, Tararā) is a lecturer in New Zealand Politics and Public Policy at the University of Auckland. She is also associate director (Policy Inc) at the Public Policy Institute, and is part of large survey teams that work on the New Zealand Election Study, the New Zealand Attitudes and Values Study and the Youth19 Rangatahi Smart Survey.