Deadly poison ricin sent to Donald Trump through the mail

Deadly poison ricin sent to Donald Trump through the mail 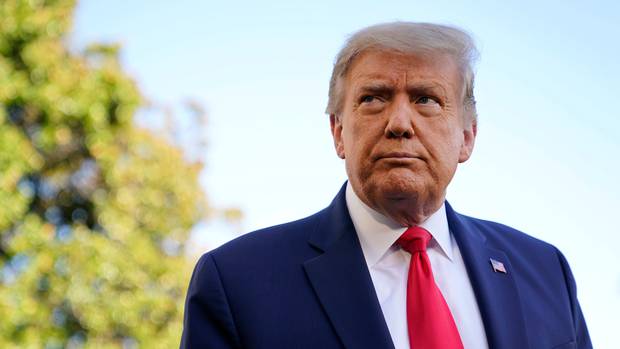 Officials in the United States have intercepted an envelope addressed to President Donald Trump which contained the deadly poison ricin.

The FBI, Secret Service and Postal Inspection Service are now trying to determine where the suspicious letter came from, and who sent it.

According to The New York Times, they believe it originated in Canada and have identified a woman as a suspect.

“The FBI and our US Secret Service and Postal Inspection Service partners are investigating a suspicious letter received at a US government mail facility. At this time, there is no known threat to public safety,” the FBI said in a statement.

The envelope was intercepted earlier this week at a processing facility where mail is screened before it’s sent on to the White House’s mail room.

Other letters containing the substance were addressed to federal agencies in Texas.

Ricin is a toxic compound found in castor beans. When the beans are processed to make castor oil, it is part of the waste that’s produced and cast aside. As a poison, it can be used in the form of a powder, mist or pellet, or dissolved in water.

“Unintentional exposure to ricin is highly unlikely, except through the ingestion of castor beans,” America’s Centres for Disease Control and Prevention says.

“It would take a deliberate act to make ricin and use it to poison people.”

If ingested, ricin infiltrates the cells inside a person’s body and prevents them from making the proteins they need, leading the cells to die.

The symptoms differ depending on how it gets into the body.

Inhaling it, for instance, initially causes fever, cough, nausea, tightness in the chest and difficulty breathing. As fluid builds up in the lungs, breathing becomes even more difficult, and the person’s skin may turn blue. Eventually, the result is low blood pressure and respiratory failure, leading to death.

Swallowing a significant amount of ricin causes vomiting and diarrhoea, which may contain blood, followed by internal bleeding of the stomach and intestines. Then the person suffers liver, spleen and kidney failure, which kills them.

There is no antidote. The only thing doctors can do is try to get the substance out of the body as quickly as possible.

This is not the first time ricin has been used in an apparent attempt to harm the US president.

None of the letters reached their intended target.

In 2014, Mississippi man James Everett Dutschke was sentenced to 25 years in prison after pleading guilty to sending letters dusted with ricin to then-president Barack Obama, along with Republican Senator Roger Wicker and a judge named Sadie Holland.

The letters to Obama and Wicker were intercepted. The one addressed to Judge Holland reached her, but she was not harmed.

Also in 2014, the actress Shannon Richardson was sentenced to 18 years in jail for sending envelopes laced with ricin to Obama and then-New York City mayor Michael Bloomberg.

And in 2011, four men from Georgia were sentenced to prison after plotting to spread ricin in five American cities at once – Atlanta, Jacksonville, Newark, New Orleans and Washington D.C.

“Both the words and actions of these defendants supported an idea dangerous to our democracy – that violence is justifiable when citizens grow frustrated with government,” prosecutors said at the time.