Week in Politics: Recession fires up the campaign

Home/Analysis/Week in Politics: Recession fires up the campaign
Previous Next

Week in Politics: Recession fires up the campaign

Analysis: The recession draws strong criticism from opposition parties, Labour dumps its fees-free policy, Jami-Lee Ross decides to try to slip into Parliament as a list MP, National delivers its health policy and why a former party leader thinks it’s “the most boring election ever”. 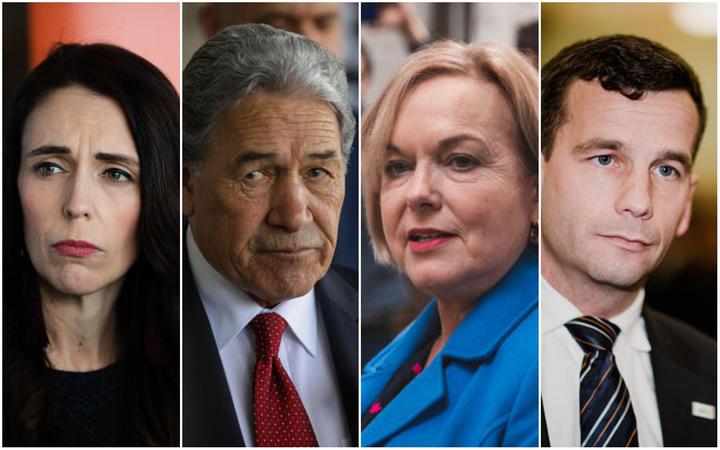 Everyone knew it was coming but opposition parties reacted with shock and horror when the latest economic figures showed New Zealand was officially in recession.

The GDP data released on Thursday showed two consecutive quarters of negative growth with a 12.2 per cent fall in the three months to June – better than forecast but still the worst on record.

National’s leader Judith Collins blamed the government for the extent of the recession and compared it with a 7 percent fall in Australia’s GDP. “It is now official that we are in the deepest recession in living memory and it’s proof that New Zealand needs a National-led government now that has a clear plan,” she said. “There was a better way and the government should have taken it.”

New Zealand First leader Winston Peters also made the Australian comparison, saying New Zealand’s situation was much worse. “Here we are in what they say is a recession,” he said. “It’s more than that. We’re going to (need to) take a lot of smart and clever decisions to get out of this mess.”

ACT’s David Seymour said it was theworst of all worlds. “Economy falling off a cliff and a mountain of debt that’s being used to palliate the economic situation but clearly failed.”

Finance Minister Grant Robertson said there was no way any political party could claim that the recession could have been avoided. “If you compare unemployment, our peak is going to be significantly lower than Australia’s and our rebound will be faster,” he said.

Labour leader Jacinda Ardern said she was backing New Zealand’s ability to rebound and had no problem with comparisons to Australia. “In a number of ways we are faring very, very well and that’s in spite of the fact that actually international tourism is worth twice as much to us as it is to Australia.”

During the week Labour quietly dumped its fees-free tertiary education policy, saying it would instead prioritise free apprenticeships and targeted areas of vocational training.

Education Minister Chris Hipkins made the announcement that fees-free would not extend beyond the first year of study, wrapping up the news in a $17 billion package revealed in Porirua.

Fees-free was a flagship Labour policy going into the 2017 election but the uptake was far less than the government had expected and National ridiculed it. Hipkins now says it was “the sort of thing you do when the economy is good” and times had changed.

“We will be targeting our additional tertiary education spending in areas that are critical for the country’s economic recovery in the post-Covid environment,” he said.

Key policies in the package include replacing the decile system with an Equality Index and closing the teacher pay gap.

Stuff thought scrapping fees-free could draw votes away from Labour and help the Greens get back into Parliament.

“Although no one under 18 can vote, first-year students can and plenty of people’s parents can,” Luke Malpass wrote. “There would have been more than a few budgets within families that were looking forward to more than the first year of university – or other study – being paid for by the government.”

Jami-Lee Ross announced he was quitting as a candidate in the Botany electorate so he could lead Advance NZ’s nationwide campaign.

The former National MP is pinning his hopes on coat-tailing it into Parliament on the back of Māori roll voters in Te Tai Tokerau, where co-leader Billy Te Kahika is standing. Ross confirmed to RNZ that he was second on the party list.

If Te Kahika wins the seat, Advance NZ will be exempt from the 5 percent party vote threshold and Ross thinks he could slip in.

Ross denied he pulled out of Botany to avoid a thrashing. It’s a true blue seat and Christopher Luxon is standing for National. The reaction of voters spoken to by RNZ was basically good riddance.

Te Kahika, whose NZ Public Party has merged with Advance NZ, is a controversial figure in the campaign with his appeal based on conspiracy theories and the message that he isn’t worried about Covid-19. His explanation for that is: “Because the leading health organisations on the planet are saying that Covid-19 is a winter flu equivalent virus.”

That isn’t correct and Health Minister Hipkins has taken serious issue with it. “The virus is very, very deadly and there is no vaccine,” he said.

RNZ’s Katie Scotcher was in Whangarei with Te Kahika. “His followers seem entranced by the charismatic leader’s every word,” she reported. Her in-depth article reveals why he is getting traction in the Māori electorate.

ACT leader David Seymour was a vigorous campaigner this week. He’s smiling a lot, and he has reason to do so – he thinks his years as ACT’s sole MP are nearly over. In July a 1News Colmar Brunton poll put ACT on 5 percent, its best rating in 17 years, and in the same month a Newshub Reid Research poll gave it 3.3 percent.

Stuff reported this week it had obtained a UMR poll which showed ACT on a whopping 6.2 percent. On those poll ratings Seymour is looking at six or seven MPs joining him.

That should worry National. It needs ACT but can’t afford to bleed too many votes. ACT’s surge must be coming from National or NZ First, it’s very unlikely to be attracting voters from Labour or the Greens and Seymour’s policy announcement this week will have reinforced that.

Seymour said his party would repeal the Zero Carbon Act and the Emissions Trading Scheme and end the ban on new oil and gas permits. He argues that New Zealand has more mineral resources than Australia on a per capita basis. “We have just chosen not to use them.”

The first online and TV campaign ads began to appear this week, with Jacinda Ardern and Judith Collins speaking directly to camera saying the sort of things they would be expected to say. The Herald asked marketing expert and Quantum Jump chief executive Ben Goodale what he thought of them and the response was “incredibly dull and safe”. In his opinion they would be “just watched and forgotten”.

Writing in the Herald, he said the election should be the most exciting ever. “The stakes could not be higher – how to respond to the pandemic, how to restore the economy,” he said.

“Instead it is the most boring election ever. It is more like a coronation. There is no choice. Four of the parliamentary parties are Labour-like. They have the same approach to Covid-19. They are all advocating a government-led recovery funded by borrowing.”

He thought the sole reason ACT had gone “from near zero to being the largest third party” was because it was offering an alternative to borrow and hope.

National has unveiled its health policy early in the campaign with health spokesman Shane Reti making the announcement.

He said every single health target had worsened under Labour. “Our health policy will deliver better care sooner, and closer to home.”

That sounded familiar but Reti had details and promised an extra $800 million over four years. Pharmac would get an extra $55 million a year, there would be a dedicated cancer drug fund worth $50 million a year and a social worker-type navigator would be placed in every general practice. There’s much more, the full report is on RNZ’s website.

There was the usual crop of minor policy announcements during the week. Does anyone remember last week’s?

If you’re not sure what the parties stand for, read RNZ’s guide to party policy for general election 2020.