The number of confirmed coronavirus cases across the globe has surpassed 30 million, according to figures by America’s Johns Hopkins University. 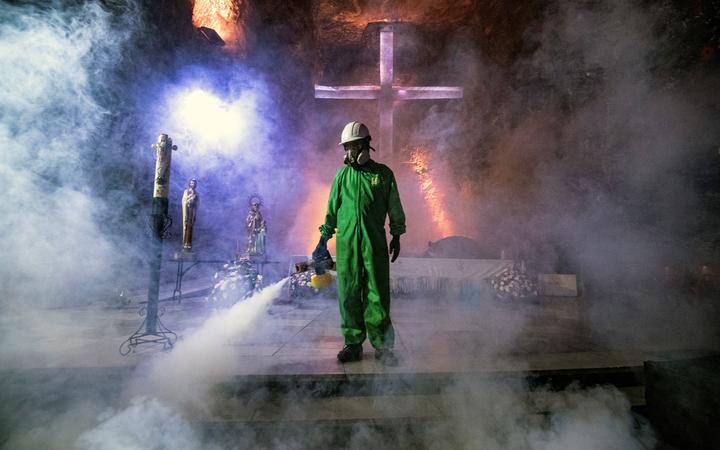 A worker disinfects the Salt Cathedral of Zipaquira, an underground church built into a salt mine, in Colombia on August 30, 2020. Photo: AFP / Juan Barreto

More than 940,000 have died with Covid-19 since the outbreak began in China late last year.

The worst hit nations are the US, India and Brazil, but there is a renewed spike in infections across Europe.

Many northern hemisphere countries are now bracing for a second wave of the pandemic as winter approaches.

In the UK, the government is considering taking further England-wide measures including a short period of restrictions to try to slow a second surge of infections.

Outside Europe, Israel brings in a second nationwide lockdown later on Friday – the first developed nation to do so.

What is happening in the worst affected nations?

The US remains by far the worst hit in terms of numbers, with more than 6.6 million confirmed infections, and more than 197,000 deaths.

The number of new daily infections has been dropping, though, compared with the peak figures seen in July.

Earlier this week, President Donald Trump denied downplaying the seriousness of Covid-19, despite admitting in a recorded interview to having done that.

In India, the number of known infections climbed above five million this week – the second-highest caseload in the world.

The virus appears to be spreading much faster in India than any other country, with daily cases topping 90,000 in recent days. More than 80,000 people have died, amid reports of shortages of intensive care beds and oxygen supplies. 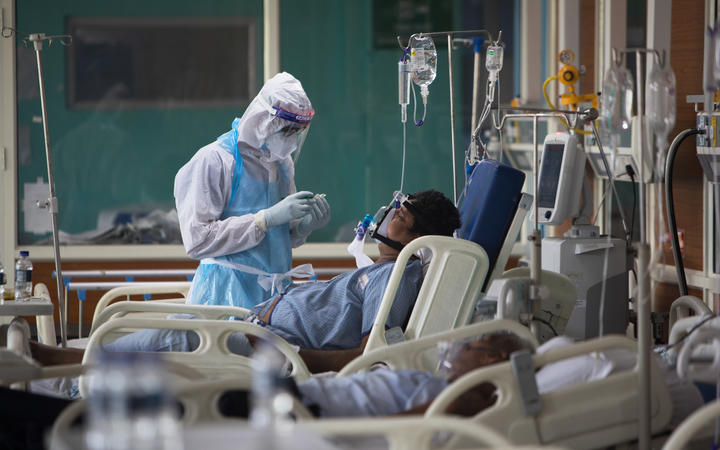 A medical staff member looks after a Covid-19 patient at the Intensive Care Unit of the Sharda Hospital, in Greater Noida in July 2020. Photo: AFP

Brazil has had more than 4.4 million confirmed cases, with more than 134,000 fatalities – the second-highest death toll after the US.

President Jair Bolsonaro has come under criticism for downplaying coronavirus, particularly after attending an anti-lockdown rally. The right-wing leader – who had been calling the virus a “little flu” – himself tested positive in July.

Argentina and Mexico have also been hit hard by the outbreak in Latin America.

Argentina on Thursday reported nearly 13,000 more cases in the past 24 hours, pushing the country’s overall total above 600,000.

Meanwhile, Mexico confirmed more than 3000 daily infections, bringing the caseload to more than 680,000.

What is the situation in Europe?

Surging coronavirus figures on the continent should serve as “a wake-up call”, the World Health Organization’s regional director said.

Speaking in Copenhagen on Thursday, Hans Kluge said in the past two weeks the number of new cases had doubled in more than half of European member states.

He said that 300,000 new infections were reported across Europe last week alone and weekly cases had exceeded those reported during the first peak in March.

According to the WHO, there have been five million confirmed cases and more than 228,000 fatalities across Europe since the pandemic began.

Is there light at the end of the tunnel?

A number of countries and companies are piling resources into finding a vaccine that is safe and effective.

President Trump has recently said a vaccine might be available before the 3 November presidential elections – despite warnings from a number of health experts that this is unrealistic.

Russia in August licensed a vaccine for local use – the first country to do so. Russian scientists later published the first report on the vaccine, saying early tests showed signs of an immune response.

But experts warned that the trials were too small to prove effectiveness and safety.

No vaccine has yet completed clinical trials, leading some scientists to fear politics rather than health and safety is driving the push for the possible cure.

There are also concerns that the race to get a vaccine will be won by the richest countries, at the expense of the most vulnerable.