Jack Tame: We need bravery from our PM

Home/Opinion/Jack Tame: We need bravery from our PM
Previous Next

Jack Tame: We need bravery from our PM 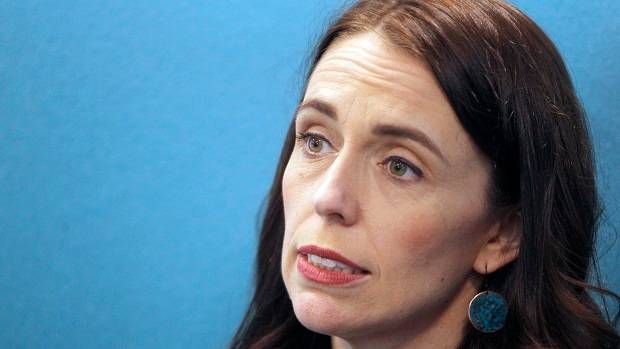 Political leaders have to work with that tension every day. But it’s in times like this, the midst of an election campaign when policies are laid bare, that we really get to scrutinise our main party’s values.

Labour’s new tax policy once again shows they’re more interested in doing what is popular than what many of their members and supporters think is “right”. As some of my colleagues have pointed out over the last few days, their proposed new top tax rate is softer than what Don Brash proposed as National leader.

The policy isn’t going to cost Labour much support in the election. But it isn’t going to win them much, either. It’s certainly not going to bring in much revenue for the government coffers. It’s a middling policy by a party which is forever terrified of being criticised as taxing and spending too much. The mere title of their policy tells you everything. It’s not a “tax” policy. It’s a “revenue” policy.

What’s the bravest thing Labour and the Prime Minister have done during their first term in Government? What was the last truly difficult issue for which you saw Jacinda Ardern make a public stand? As Labour leader and Prime Minister, has she ever backed a big policy where the majority of voters weren’t on her side? Maybe gun reform … maybe? No, I don’t think so. The heavy lifting on that was done in the days after a massacre when public support was greater than it might have otherwise been.

The truth is, this is an historically popular PM but at many or most of the difficult political crossroads of the last three years, she and her party have chosen the safe option. The popular option as opposed to what might actually be in the greater interests of our society. Ardern ruled out changes to superannuation for as long as she remains leader, despite previously supporting it. As Prime Minister, she chose not to publicly fight for a Capital Gains Tax. And I know the structure of this Government has meant she had to get New Zealand First over the line in Cabinet. But there’s nothing that stops a Prime Minister from using her popularity to really try and sell a difficult policy to the public, if he or she thinks it’s the right thing to do.

Consider the cannabis referendum. The polls are very close, but Ardern is refusing to take a public stand. Compare it with the End of Life Choice debate, where most polls show a clear majority of New Zealanders support the law change. For that second referendum, the Prime Minister will make her position public. She sides with the majority. Why will she make her position clear for one of the referendums, but not for the other? Simple. Popularity.

This is not unique to Ardern or Labour. John Key and the last National government were similarly guided by regular opinion polling and public sentiment, rather than tackling some of big complex, controversial issues, which might have been in our greater long-term interests. I can think of one big exception – the flag debate! And maybe you could add National’s proposed changes to superannuation. But for the most part our two main parties tinker at the edges. We face crises on many fronts – climate change, poverty, housing inequality. But no one so far has been brave enough to really shake things up.

Perhaps you think I’m too cynical, or you think it’s the role of the main parties to always try and capture the centre. Maybe you think… give it another term … let the dust settle from Covid-19 and THEN Labour will do something brave and try to be transformational.

But that’s not how this works. The impulse to hold on to power will always outweigh the impulse to do something really big with that power.

I’m not saying the Prime Minister hasn’t distinguished herself with many parts of her leadership. People will call her many things … kind … considered … inspirational, even!

But as a policy-maker, I don’t think you can call her or her party “brave”.