Election 2020: National wants to spend $2b on education if elected

Home/News/Election 2020: National wants to spend $2b on education if elected
Previous Next

Election 2020: National wants to spend $2b on education if elected 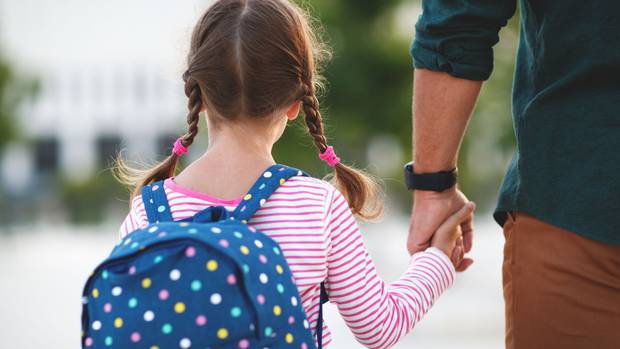 National has launched its education policy for the election. Photo / Stock

The National Party is focusing its education policy on children with learning needs and is promising to invest almost $2 billion into education if it is elected.

It says that would equate to the largest investment in repairing, rebuilding and redeveloping schools in a generation.

National leader Judith Collins and education spokeswoman Nicola Willis unveiled the policy at a private school in Christchurch this afternoon.

“National will make the largest investment in repairing, rebuilding and redeveloping our schools in a generation, to make sure every child has the chance to learn in a fit-for-purpose education environment,” they said.

But it would again scrap the higher subsidies for preschools with 100 per cent qualified teachers which has been a policy that has yo-yoed for the last 15 years depending on the colour of the government.

And it would reverse the Government’s decision to draw up school zones on a regional basis and again return the responsibility to schools.

As well, all primary and intermediate schools would have to offer at least one second language, removing school zones for families of a child with learning needs and build 25 new charter schools in three years.

It would also pedal back the universality of Food in Schools so it was “more targeted”.

• Improving the adult-to-child ratio of children under age 2 in Early Childhood Education (ECE).

• Have more spot-checks of ECE services and have more information available for parents about the quality of services .

• Invest an additional $4.8b in school infrastructure, including $2b over five years for the Fix New Zealand’s Schools Alliance and another $2.8b over a decade for new classrooms and schools.

A large focus of the policy is on improving education for children with additional needs and National said it would do this by earlier intervention and investing $683 million over four years for more teacher aides and a learning support funding boost for every school.

According to the Ministry of Education, about one in five Kiwi children need some kind of extra support for their learning, which might be because of a disability, learning difficulties, disadvantage, physical or mental health or behaviour issues.

Willis called the current system of learning support was a “complex web of form-filling, hoop-jumping and uncertainty”.

This meant too many children going undiagnosed and those with mild-to-moderate needs often missing out on the extra support they need to succeed, she said.

“This unmet need is a drag on New Zealand’s rate of educational achievement and takes a heavy toll on families, teachers and other students whose learning may be disrupted.”

National said it would address this with an eight-step plan:

National would bring forward the B4 School Check by a year to make it at age 3.

This would be delivered by on-site by medical professionals at ECE centres to identify any developmental concerns, screen for trauma, brain injury and foetal alcohol syndrome.

The check-up would be recorded in a Child Passport – a new version of the existing Well Child Tamariki Ora book.

Children who need extra support would get individualised learning plans which schools would be required to update this at least annually and report against it to parents.

These plans would follow children as they moved schools.

It would spend almost half $1b to boost learning support then, once fully implemented, would ring-fence $160m a year.

Schools could decide for themselves how they spent the funding, including sensory aides, educational psychologists or student counselling. Schools would need to report annually on how their funding was being used and the outcomes being achieved.

A needs-based formula for distributing the funding to schools would be developed, but until then it would be allocated through the decile system with deciles 1 and 2 getting $400 per student, deciles 3 and 4 getting $300, deciles 5 and 6 getting $200 and deciles 7 through 10 getting $100 per student.

National would continue to fund the 623 learning support co-ordinators which are being rolled out as part of the Government’s plan to help more children with learning needs.

“We will work with schools to evaluate the effectiveness of the current scheme before rolling out the second tranche of learning support co-ordinators.”

National said it would almost double the 18,000 teacher aides in New Zealand by investing $150m over four years to fund an additional six million hours support in classrooms.

That equated to about 1500 new teacher aides at 25 hours per week, or an average of 600 hours per school each year.

National said it would strengthen mental health skills training so they could pass them on to their students, but didn’t include details on how this would happen.

It would also require the Education Review Office to explicitly evaluate how schools were performing in delivering mental health skills to students.

National promised to “simplify and streamline” the process for applying for learning support funding, by reducing regional variation in funding levels, reduce “unnecessary interactions with bureaucracy” and enable parents and educators to establish long-term learning plans.

It would trial multi-disciplinary teams of specialist support personnel in secondary schools made up of professionals like GPs, nurses, guidance counsellors and mental
health workers in high schools.

If proved effective, this would be “rapidly scaled up”.

It would also work to shift central Government resources down to the regional and local levels where possible.

National would exempt families of children with learning needs from school zone
restrictions so they could enrol their child in the school of their choosing.

Aim to establish 25 new partnership schools by 2023, including some focused on high-priority learners such as Māori and Pasifika, children with additional learning needs and in specialist education areas such as Science, Technology, Engineering and Maths (Stem).

It would also consider applications for special character status from schools which cater specifically to children with learning needs.

To combat this it would introduce spot checks, and implement tighter deadlines for centres to make improvements.

It would also reprioritise funds currently tagged for around 10 per cent of ECE centres hiring 100 per cent qualified staff.

In this year’s Budget, the Government put $278m into giving higher subsidies to preschools with 100 per cent qualified teachers.

This has been a point of contention between Labour and National governments with Helen Clark in 2005 introducing a higher funding rate for ECE services with 100 per cent qualified teachers.

But in 2010 this was scrapped by John Key’s government.

The Government this year increased qualified early childhood teachers who aren’t teaching in kindergartens minimum salary up to $49,86, up from $45,491 or $46,832, to bring them in line with kindergarten teachers.

National would also work to reduce the funding gap between kindergartens and non-kindergarten ECE services.

It has already promised $3000 for every expectant mother to spend on maternity or early childhood services within the child’s first 1000 days.

As well as its commitment to children with learning needs, National would also:

• Task the ERO to identify which schools were having a high impact on student achievement, including specific learners like Māori or Pasifika students, to work out how it could be replicated.

• Legislate that all children have the opportunity to learn at least one other language at primary and intermediate schools with boards required to consult with their communities on which of the 10 priority languages should be taught.

• Spend $40m a year on the development and provision of second language learning resources, with a focus on Te Reo in primary schools.

• Return zoning and enrolment schemes to local school boards. The Government last year set up an agency to oversee zoning in an attempt to achieve more equal outcomes for all students and to stop schools “creaming off” the best students to compete against one another.

• Work with iwi and other Māori community organisations to co-develop education
solutions for young Māori.

• Rework the Food in Schools programme so it wasn’t universal but instead focused on students who needed it.

• Direct the Ministry of Education to develop a project alliance for a five year programme to repair and redevelop our schools.