Home/Analysis/Book Review: Has China Won? The Chinese Challenge to American Primacy
Previous Next

A seasoned Singaporean diplomat’s latest book injects much-needed realpolitik back into the U.S.-China relationship and asks painful questions about the state of America.
Kishore Mahbubani is a Singaporean academic and former diplomat. Having worked at the Singaporean Ministry of Foreign Affairs for thirty-three years, and then as president of the United Nations Security Council from 2001–2002, Mahbubani is a seasoned veteran of global affairs who now shares his experiences with lucky students as a distinguished fellow at the National University of Singapore’s Asia Research Institute.

Mahbubani’s latest book, Has China Won? The Chinese Challenge to American Primacy,published in 2020, is a crucial guide to understanding the modern U.S.-China relationship and why this relationship has been marred by such hostility in recent times. This is not a book written by an armchair expert on U.S.-China relations looking to profit from the animosity between two nations. This is also not a book written by a politician to pander to their supporters or voting base. Instead, taking advantage of over three decades of hands-on diplomatic experience, Mahbubani has put forth an unrelentingly realist and highly authoritative book on the twenty-first century’s greatest geopolitical contest.

In nine chapters, Mahbubani’s diplomatic skill shines as he systematically explores the U.S.-China relationship while carefully balancing both sides of this sensitive story, but also lambasts American exceptionalism in the tradition of Harvard professor Stephen M. Walt, author of The Myth of American Exceptionalism, labeling it as one of the significant ideological barriers preventing the United States from seeing reason. He also highlights the uncertainty of which side other countries would choose should there be a large-scale conflict between the United States and China, suggesting that America has fewer allies than it thinks. Mahbubani concludes that the world is not black and white and that humankind will have to make sacrifices morally, politically, and economically if the world is to create “a better humanity.”

One of the central themes of Mahbubani’s book is that of a reckoning. America has long been considered as possessing one of the most excellent education systems in the world and an uncanny capability to nurture and retain great talent, and the author recognizes this. However, Mahbubani’s book reveals that if the United States were a human being, then it has now become arrogant, short-sighted, imprisoned by profit-seeking person. It is hopelessly boxed-in by a powerful military-industrial complex that lobbies Washington with no end in sight. It quickly becomes apparent that America has since its foundation never had to experience being second place on the world stage. In one of the book’s most memorable chapters, Mahbubani delivers, to what is undoubtedly the horror of American readers, a devastating critique of America’s current state of affairs. He goes as far as to claim that the entire American voting process—America’s most sacred democratic activity—no longer exists in any meaningful capacity. Instead, in his view, a powerful and moneyed American elite almost entirely controls the law of the land, with public voting now only for show. A key takeaway here is that American practitioners of realpolitik appear to be a dying breed at a time when they are needed the most. The United States has to face the genuine prospect of potentially descending to second place in the ranking of global powers without any reasonable captains to navigate the stormy waters to come. If America is to continue being the often self-proclaimed leader of the world, then it will need to confront in a dispassionate and admittedly painful way these changing realities, or risk becoming the archetypical fading global power: overbearing, excessively confident in its increasingly technologically outmatched military ability, and overextended. Instead, America’s current political climate ostracises these captains and funds the most aggressive China hawks in Washington, which only exacerbates the issue. Mahbubani does the United States an excellent service in highlighting this incredibly urgent need for national reassessment.

The Responsibility of Power

The second central theme of this book is the West’s need to understand China and for China to simultaneously better understand its own position in the world. In a powerful chapter on the Chinese government, Mahbubani highlights that the Chinese Communist Party is essentially the most successful dynasty to have ever ruled China, outranking every Chinese emperor throughout history in terms of delivering quality of life, poverty alleviation and happiness to its people. Thanks to the aforementioned political environment in the United States, where any reasonable support of China is political suicide, the fact that the Chinese Communist Party enjoys widespread support in China is instead regarded as nothing short of heresy in Washington. In a timely research paper published by the Ash Center for Democratic Governance and Innovation at Harvard University’s John F. Kennedy School of Government, scholars confirm Mahbubani’s statements of the Communist Party’s support in China. “Chinese citizen satisfaction with the government has increased virtually across the board. From the impact of broad national policies on the conduct of local town officials, Chinese citizens rate the government as more capable and effective than ever before. Interestingly, more marginalized groups in poorer, inland regions are comparatively more likely to report increases in satisfaction,” the paper states. When one takes into account the disturbing fact that key players in Washington ignore the wishes of China’s 1.4 billion people, it suddenly becomes apparent why terrible American policies on China are crafted and then applied. Mahbubani contributes this bizarre inability of America to face reality to the lobbying of American politicians and to excessive Western moralization—even racism against Asians—rooted in the “yellow peril,” a racist color-metaphor originating in the nineteenth century that misrepresents the peoples of East Asia as an existential danger to the Western world.

In one of the essential parts of the book, an uncomfortable truth is brought into the light as Mahbubani strongly cautions the West against seeing liberal democracy as a one-size-fits-all approach and the best form of governance. He argues that the liberal democratic system widespread in the West has been tried and then rejected by many societies in Asia and that this is a fact the West needs to accept, something it so far has not been able to do. He further states that this moralizing mindset is the dominant thought process in the United States today and that this significantly hinders U.S. ability to cooperate with China, and to a more considerable extent, Asia. For the skeptics, evidence of this thought in America is present in Michelle Obama’s remarks at a rally supporting Hillary Clinton’s run for the White House, which was held in Phoenix, Arizona, in 2016. After introductions and pleasantries, Obama stated, as if universally true, that “for the record, our democracy is revered around the world, and free elections are the best way on Earth to choose our leaders.” For many people living outside the borders of the United States, statements like these are incredibly bizarre and borderline self-righteous. It is highly likely that claims of American democracy being “revered around the world” and “free elections the best way on Earth to choose our leaders” would leave at least a handful of Asia’s most influential leaders and their cabinets reeling from laughter. American-style liberal democracy and free elections as pinnacles of good governance is not the norm for most of the world, and these are, for at least half of Asia, far from self-evident truths.

Still, this does not mean that China is without its issues. If the book shows that America’s problem is wading through a thick fog of national hubris, mislabeling China as an existential threat for the sake of profit, and attractive media headlines at home, then it also shows that China’s most significant problem is the potential of treading the same path. Mahbubani offers highly practical suggestions that China should proceed cautiously as it becomes one of the most important players in global affairs. He warns China against chasing short-term gains, such as pressuring smaller neighboring nations indirectly or directly into doing things that favor China and score political points at home. For example, China’s assertive “wolf warrior” diplomats marked a significant shift in Chinese foreign policy and intended to show the world that China could be forceful if needed. These wolf warriors were popular in China, and to watchers inside China’s borders, symbols of China’s rising international status. However, they were generally ill-received by the international community, and instead of gaining respect for China, it devastated China’s diplomatic goodwill, alienated China’s friends, and united its rivals. Mahbubani’s warning here is vital because if the United States has never experienced playing second fiddle, then China has never experienced playing first in modern times. As almost every significant world power has learnt, overconfidence usually leads to missteps, and these missteps then lead to the rapid downfalls of nations, regardless of their ideological system or economic prosperity. China, and particularly America—which has global military projection capabilities similar to the British Empire—can both learn from the Suez Crisis of 1956, when the Eden ministry, unable to cope with Britain becoming a second-rate world power, overconfidently gambled on Britain’s diminished military capability and understanding of the Middle East, triggering the unfortunate downfall of the British Empire.

Mahbubani’s book shows readers that on one hand, the lack of reason and dispassionate analysis in America has potentially devastating long-term effects on the United States, its allies, and the world. On the other hand, China also finds itself in a hard place: it is becoming one of the globe’s most powerful nations and, at the same time, one of the most misunderstood. Despite the United States and China leading the world in technological and scientific advancement, both governments have still not figured out one of today’s most critical global relationships, which is at its core a fundamentally human problem of people-to-people communication. Luckily, Mahbubani’s book contains answers on how to solve some of these problems through rational, dispassionate discourse. Has China Won is a must-read for leaders, professionals, and students who want a painfully real and compelling assessment of modern U.S.-China relations. As the final page turns, it is evident that despite scathing criticisms across the board, Mahbubani is a friend to reasonable ears in both the United States and China. Although it may cost some national pride, people on all sides will benefit from heeding the words of one of Asia’s most evenhanded experts. If nobody will listen, especially in the West, then the book’s central question has been answered: in terms of reason and future-proof pragmatic administration, China has won.

Symington W. Smith is an award-winning global affairs expert with over a decade of experience in East Asia. A life fellow of the Royal Asiatic Society, a fellow of the Royal Society of Arts, and a Board Member and Political Adviser at Eastern Commerce Group, he has previously worked at the Cabinet Office of the United Kingdom and American multinational law firm Baker McKenzie. Holding degrees from both Peking University and King’s College London, his work has been published in The 1828 Journal, Modern Diplomacy and the National Interest. 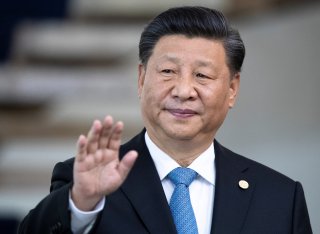