Election 2020: Labour unveils $1b plan for the welfare system

Home/News/Election 2020: Labour unveils $1b plan for the welfare system
Previous Next

Election 2020: Labour unveils $1b plan for the welfare system 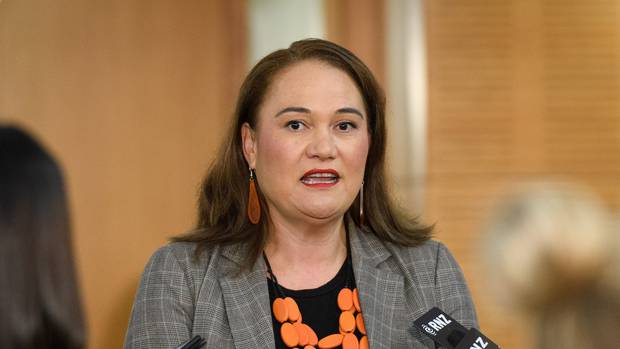 Labour has unveiled its $1 billion social development policy, which would allow people on a benefit working part-time to earn more and bolster the flexi-wage scheme.

If re-elected, it would also restore an allowance for sole-parent beneficiaries going to university more than 10 years after it was axed.

The policy was launched by Social Development Minister Carmel Sepuloni, who said “investing in our people is a key part of Labour’s five point economic plan”.

“Covid-19 is going to impact incomes and employment significantly, which is why Labour is focused on improving New Zealanders’ access to training, creating a more highly skilled workforce and ensuring those on benefits can keep more of what they earn.”

The costed package is more than $1b.

If re-elected, Sepuloni said she would expand the Training Incentive Allowance so sole parents could study higher-skilled courses. The expansion would also provide up to $4515 per year to assist with extra costs.

It would also be made available for disabled people and carers who are receiving a main benefit. The expansion would cost $431 million over four years and $187m over 10 years.

The TIA would be a weekly payment up to a maximum of $112.89 and a total maximum of $4515.60 a year and could be used alongside a student loan and child care assistance.

Labour estimates uptake of the allowance would increase from about 900 people in 2018 to 6000 in its first year before later increasing to 15,000 people.

The allowance is expected to cost $431m over four years and $187m over the next decade, paid for by the Covid-19 Response and Recovery Fund.

Sepuloni said the allowance would create a more highly skilled workforce and allowing sole parents and disabled people to improve their qualifications would help them find meaningful and sustainable work with higher earning potential.

“As we rebuild after Covid-19, we also need a workforce that is skilled and ready for the future. This initiative will enable more people to build their skillset and gain qualifications, and create a more highly skilled workforce in New Zealand.”

TIA currently covers fees, course costs, caring costs for children and older people, and course equipment and materials for people who are taking courses at a high school level.

The allowance for single parents at university was cut in 2009 by the previous National government.

Sepuloni said while she was a solo parent studying, she was supported by the TIA for a short time.

“It made a big difference having that little bit of extra financial support when I was trying to get ahead and build a future for my family.

“Access to support for higher-level courses under the TIA was taken away by National, despite the responsible minister Paula Bennett herself having benefited from this support. Labour is putting the ladder of support back in place after National pulled it up behind them.”

Sepuloni said Labour would also increase the abatement threshold so people on a main benefit working part-time could earn more before their income support was reduced.

As wages have risen, the number of hours someone can work before their benefit begins to reduce has declined significantly over time, she said.

Currently if someone is receiving the Jobseeker Support unemployment benefit and earns over $90 per week, they will lose 70 cents of their benefit for every $1 they earn. For example:

• A single person on Jobseeker Support would have $21 deducted from their main benefit if they earn $120 per week (before tax).

Labour is promising to increase the abatement threshold so everyone on a benefit can earn $160 per week before their benefit is reduced – around eight hours of minimum wage – which could mean around an extra $3000 for some people each year.

It would also increase the second threshold for those on Sole Parent Support and Supported Living Payment to $250 per week.

“This will help women and people with health conditions or disabilities maintain an attachment with the labour market and allow them to better manage the costs of working such as transport, childcare and so on,” it said.

Labour said increasing the abatement threshold would remove the financial disincentive to take on more work hours and “put more money in the pockets of low income New Zealand”.

“Particularly in a Covid environment where the labour market may be more competitive, part-time work can provide a chance to get work experience, and to reconnect with the labour market and the demands that can come with employment.”

Labour said the estimated cost was up to $320 million over four years and is likely to immediately benefit up to 30,000 people. The additional costs of year-on-year increases were in-line with minimum wage were already committed in Budget 19, it said.

As well, Labour said it’s medium-term plan for the continued overhaul of the welfare system would include:

• Resetting the foundations of the welfare system.
• Increase income support and addressing debt.
• Strengthen and expand employment services.
• Improve supports and services for disabled people, people with health conditions and their carers.
• Build partnerships and enhance the community sector.

In the longer term, Labour said it will:

And the final part of its social development package is to expand the flexi-wage programme, which assists employers to hire people who are at risk of long-term unemployment and receiving a benefit.

Last year 6000 employers received a flexi-wage subsidy for the person they hired at an average of $3500 per candidate.

Direct funding for each placement is negotiable and varies depending on the type of business or the person being employed up to a maximum of $22,000.

Labour will increase the average subsidy to $7500 paid for by the underspend of the Covid-19 Wage Subsidy Extension.

Labour said that would increase enable 40,000 more people to be in the programme, by:

• Investing an additional $300m to increase the average subsidy to $7500 and enable up to 40,000 people to take advantage of the programme. The maximum subsidy will remain $22,000.

• Amending the scheme to provide greater flexibility for employers and employees.

&bull Ring-fencing $30m to support recipients to start a new business or help become self-sufficient in an existing business through the Flexi-wage Self Employment programme.

• Providing $10m in operational funding for the Ministry of Social Development to administer the expanded programme. There is an additional $1m for business outreach to ensure businesses are able to consider whether it is right for them.

This would cost $311m, including a $10m allocation to administer the scheme and an additional $1m for business outreach to ensure businesses.

“If Labour has a spare billion dollars up its sleeve – and that’s a big if – then that money should be spent on creating jobs rather than growing benefits,” Upston said.

“Labour appears focused on keeping people on welfare despite there already being opportunities to get people into work.”

“We need to break the cycle of welfare dependency, not entrench it. It’s damaging to the spirit and wellbing of too many families.

“Electronic Income Management would ensure people who abuse the system find they’re not given endless cash, but are carefully monitored, and have controlled access to the essentials the taxypayer thought they were funding.”