Power Play – Call it what you want – canny politics or a left-wing betrayal – Labour’s tax plan is far from transformational. 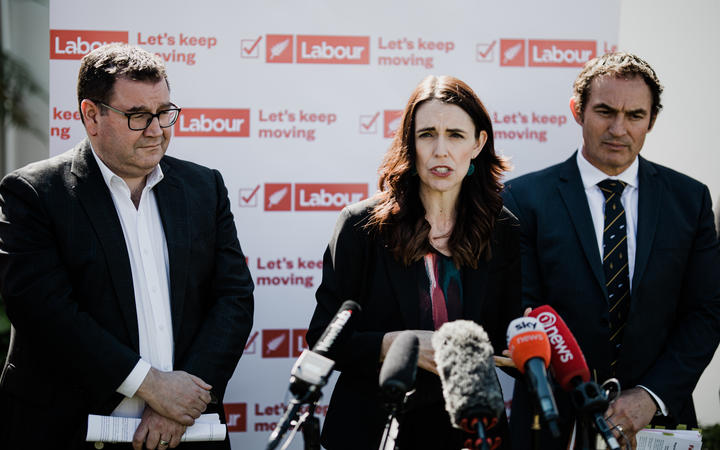 Even National could barely muster much outrage, instead stoking fear about what else Labour might do if held ransom by the Greens.

But the change promised here – a new tax bracket at 39 percent on income over $180,000 – is milder than what many Kiwis will remember under the Helen Clark-years.

The plan promises to capture just the top 2 percent – 75,000-odd people – unlikely to find much sympathy among those fearing job losses and a looming recession.

It won’t even include most backbench MPs who merrily pocket about $160,000 a year.

Left-wing voters may well be disappointed, but they should not be surprised.

Jacinda Ardern has repeatedly demonstrated an unwillingness to tackle the question of tax, still smarting from her scare in the final stretch of the 2017 campaign.

Ardern well remembers how her rising popularity suddenly halted as National seized on her uncertain position on a capital gains tax (CGT). Spooked, she kicked for touch, promising no major tax changes in her first term.

A tax working group was tasked with finding a solution. Instead it caused more problems for Labour, so much so Ardern binned its chief proposal and promised to never introduce a CGT while prime minister.

With its sky-high polling, Labour now has more license to drive political change, but Ardern is not willing to risk it.

Labour is convinced it has done the unthinkable and become the party of choice for the business community. It is determined to cement its hold on the middle.

It leaves those on the left who want more dramatic change looking to the Greens.

The minor party – which is campaigning on a wealth tax and two more top income brackets – was quick to issue a promise to put a bit of steel into Labour’s spine.

That may offer hope to some on the left, but it’s just as likely to foment fear among the centre-right. National is already fanning those flames, questioning what Labour might do in partnership with the Green Party.

Pressed on the matter, finance spokesperson Grant Robertson would only repeat Labour’s policy: no other increases or new taxes.

The blunt reality is everything could be on the table when it comes to negotiating for the government benches and National will do all it can to capitalise on that uncertainty.

Notice that nowhere in Labour’s media release do the words “fair and progressive tax system” feature, its stated objective when selling its policy in 2017.

Instead, the government has framed its tax plan in response to the Covid-19 pandemic.

The reframing is both clever and cynical. Fairness is subjective. Covid-19 is concrete.

Nearly everyone accepts that Covid-19 has changed the world and policies will need to change with it if countries are to survive.

The struggling need support. Debt needs to be paid back.

The irony is the proposed new tax bracket does very little toward either goal.

Robertson claims it will raise $550 million a year, which may sound a lot but works out at roughly one week of the Covid-19 wage subsidy.

Meanwhile, the country is staring down an extra $140 billion in debt.

Labour’s tax policy also ignores the critical question of capital – a crisis in the making as asset prices climb at extraordinary pace.

Income tax changes are relatively simple to explain to the public, particularly when targeted at the fat cats in town.

But taxes on assets – whether land or wealth – are trickier. They’re often complicated and affect a far greater number of people.

The absence of a CGT may be “a clear weakness” according to former Labour finance minister Sir Michael Cullen, but it is one Ardern has trapped herself with.

All the while, the housing crisis – which Labour railed against in 2017 – is getting worse by the day.

House prices are soaring as the Reserve Bank does everything it can to drive down interest rates, and the gap between the rich and poor grows wider still.

To date, neither Labour nor National have shown any desire to address or even acknowledge the problem.

And nothing in Labour’s tax policy today suggests that will change.