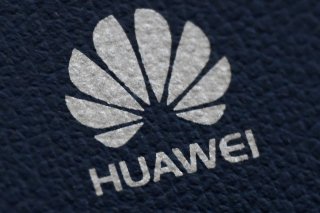 The U.S. policy towards Huawei is in reality strategic warfare. Its goal is to prevent China from achieving the technological edge in high-tech communication network, which is vital for superpower status. The instrument chosen is to restrict Huawei’s use of sophisticated semiconductors crippling its production capacity. The underlying fear supporting this policy is that China, through Huawei, regarded as the prolonged arm of the Communist Party of China (CPC), will draw other countries including traditional U.S. allies into its sphere of interest. In strategic terms, it amounts to a pre-emptive strike.

The United States tried to do the same against Nazi Germany and Imperial Japan during World War II. Both times the policy grew out of a throughout analysis telling which sectors were indispensable for the enemy’s production capacity. Both times the analysis may have been correct, but misfired because the Americans forgot that the enemy cannot be expected to follow the script designed in Washington.

It is, therefore, worthwhile to investigate what went wrong and lessons to be learned.

During the war, economists were drafted to find out how the German economy worked to pinpoint where the supply chain was most vulnerable. They invented a new discipline in economics, which flourished after the war, called input-output analysis and came up with ball bearings. The theory was that if the supply of ball bearings could be stopped, then the Nazi war machine would be strangled. Production of aircraft, armored vehicles and tanks would stop. The analysis revealed that some of Nazi Germany’s use of ball bearings was imported from Sweden and Switzerland, but the main part was produced in Germany itself and mainly in one city, Schweinfurt.

It looked good on paper. Even more so, because in the eyes of military planners it would not be costly in allied human lives. All you needed to do was to convince Sweden and Switzerland that they better stop the export of ball bearings to Germany and ask the allied air force to turn a limited number of factories in Schweinfurt into rubble.

The two exporters were put under tremendous pressure but proved reluctant to stop exporting as they were dependent on economic links to Germany without which they would suffer. The Germans could be expected to hit back. Incidentally, Sweden also exported a considerable amount of ball bearings to Britain and tried its best to follow an even-handed policy. However, towards the end of the war, the exports to Germany had come close to nil.

In August 1943, a gigantic air attack was launched towards ball-bearing plants in Schweinfurt. It didn’t deliver the expected results, but only managed to disrupt 30 percent of production for a couple of months. The casualties to achieve this meager result was almost catastrophic. America’s Eighth Air Force lost about 20 percent of its bombers. The Germans immediately started to disperse production, which would make future air attacks much more difficult. It took a while for the Americans to rebuild the Eighth Air Force sufficiently to renew the air attacks, and when they came, the impact on production was not significant. The Germans had been warned and had taken appropriate action to diminish vulnerability.

Nazi Germany was able to neutralize both the gradually reduced imports from Sweden and Switzerland and the impact of air attacks on production inside Germany. The conclusion drawing on access to German sources after the war is that the attack on the production of ball bearings did not have any significant impact on Germany’s production of military equipment, which peaked in the autumn of 1944.

In the Autumn of 1941, the Roosevelt administration decided to impose sanctions on Imperial Japan’s import of oil. As Japan was dependent on imported energy and the Japanese navy in particular totally dependent on oil, this looked to be a suitable instrument to force Japan to toe the line. The hope was that it would back down from its expansionist policy in China and scare it not to move into Southeast Asia. It was known in Washington, that Japan harbored plans for such a venture, but not how determined Japan was to do so.

Unfortunately for the Americans, Japan did not toe the line. In Tokyo, the war party got wind in its sails. The Japanese military knew that without oil they were paralyzed. But instead of following the American script and back down, they opted for escalation. They decided that the way out of the predicament was to get their hands on oil in Southeast Asia through military occupation. Fearing an American attack in their back if they did so, eliminating the U.S. Pacific fleet at Pearl Harbour was the logical first step.

It is likely that war about control of the Pacific would have come anyway, but this American step led to the start of this struggle beyond the imaginations of the Americans.

The lesson learned from trying to force an enemy to adopt another course than originally chosen is that the enemy cannot be counted on to follow the script. The enemy reacts, and in a way neither foreseen nor expected.

The same will happen in the case of sanctions against Huawei. Chinese planners are undoubtedly busy figuring out how to respond. And China will respond. And it will almost certainly be in a way the Americans have not incorporated in their analysis. A good guess is first a tremendous effort to bridge the gap and subsequently overtake the Americans in semiconductors and second an analysis to find any other vulnerable sectors not to be brought into a similar situation again. What more is, the Chinese have the money to get ahead of the rest of the pack—the Americans do not have the money to defend their position.

Helmuth von Moltke, one of the great strategic thinkers, is credited with the adage that no plan of operations extends with any certainty beyond the first contact with the main hostile force. The Huawei case will confirm the wisdom of these words.

Joergen Oerstroem Moeller is a former state-secretary for the Royal Danish Foreign Ministry and the author of The Veil of Circumstance: Technology, Values, Dehumanization and the Future of Economics and Politics, ISEAS, Singapore, 2016.