Home/Analysis/China not ready for full assault: report
Previous Next

GEOLOGICAL CHALLENGE: The PLA lacks the landing vehicles and logistics required to launch an incursion into Taiwan via the Taiwan Strait, a defense ministry report said

The Chinese People’s Liberation Army (PLA) does not yet have the military capability to wage an all-out war against Taiwan, given the demanding geological environment of the Taiwan Strait, a Ministry of National Defense report said.

The China Military Power Report 2020, which the ministry yesterday submitted to the Legislative Yuan for review, said the PLA still lacks the landing vehicles and logistics required to launch an incursion into Taiwan via the Taiwan Strait.

If Beijing were to wage a war now, its combat plans could take the form of military intimidation, blockades, firepower strikes and landing operations, the report said. 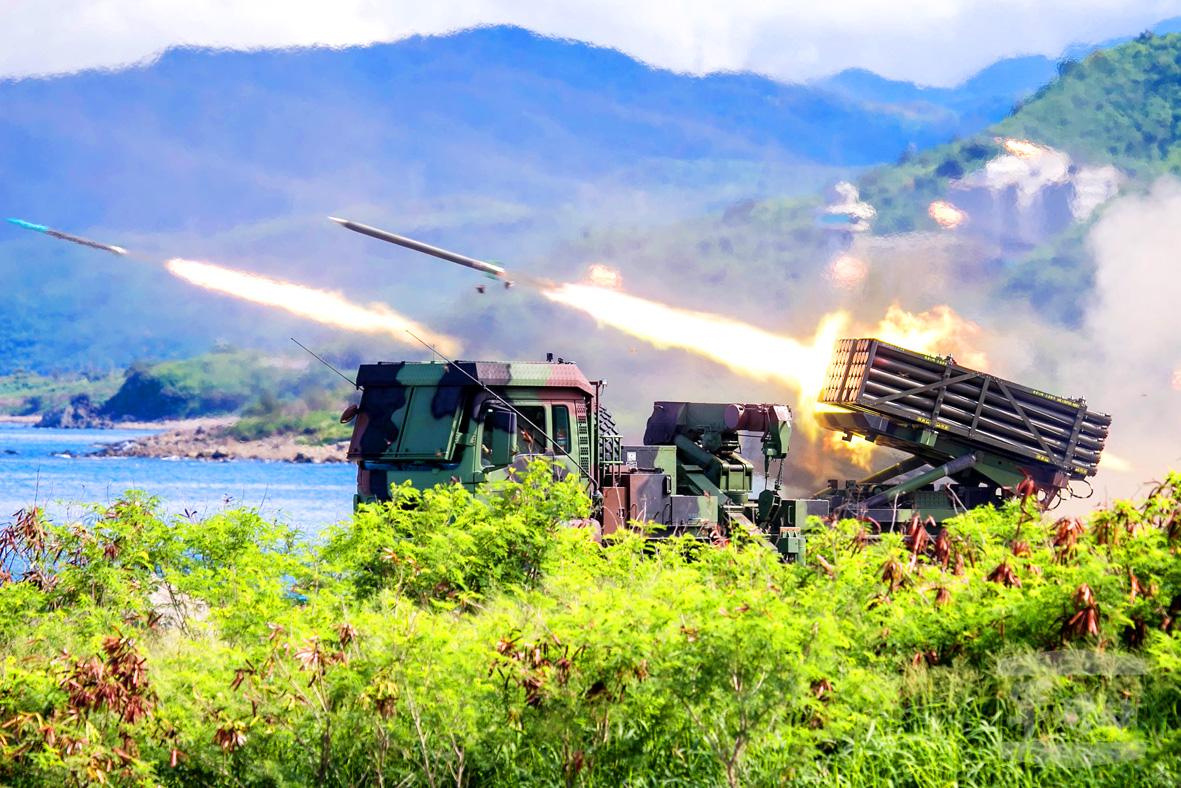 Rockets are launched from a Thunderbolt-2000 multiple-launch rocket system in a live-fire exercise during the annual Han Kuang exercises in May last year. The domestically produced platform is designed to attack disembarking amphibious landing forces.Photo courtesy of Military News Agency

The PLA could intensify its military exercises, or sail warships to waters within 24 nautical miles (45km) of Taiwan by claiming “freedom of passage” and “innocent passage,” in an attempt to generate a sense of fear among Taiwanese, it said.

It could cut off Taiwan’s supplies and demand surrender by blocking Taiwan’s major ports and maritime transportation, it said.

The PLA could also launch missiles that target Taiwan’s command systems, locations of great economic and political importance, or symbolic objects, as part of efforts to gradually disintegrate Taiwanese morale, it said.

Forceful occupation of Taiwan’s outlying islands by the PLA might take place during this stage, it added.

If the PLA had achieved air supremacy, command of the sea and electromagnetic spectrum dominance, and had wrecked most of Taiwan’s armed forces, its next move would likely be to send sea, air, land and rocket teams to conduct a series of attacks, such as decapitation strikes, raiding Penghu and ultimately invading Taiwan, it said.

However, its current capabilities for an all-out invasion of Taiwan are still limited, the report said, citing a lack of landing vehicles and logistics.

Beijing’s aim to ensure that it would have the capability to defeat Taiwan in any battle by the end of this year is clear, as it has continued to equip the Chinese air force with more warplanes and drones, the report said.

China has also strengthened its response mechanism to US scout planes when they fly near its coastline, the report said.

The PLA performs daily exercises in the skies and waters off the west of the median line of the Taiwan Strait, it said.

Besides attempts in February and this month to send warplanes through the median line to gauge Taiwan’s reaction, the PLA could dispatch aircraft to circulate in the skies southwest of Taiwan on a regular basis to squeeze the Taiwanese military’s airspace.

With mainstay fighters equipped with sophisticated precision-guided weapons, and supported by uncrewed combat air vehicles, it is believed that the PLA has been able to deploy both soft-kill and hard-kill measures with its space weapons, the report said.

It has acquired the preliminary qualities required to control the skies, sea and Taiwanese countermeasure systems in battles against Taiwan, it added.

In other news, the ministry yesterday said that a US Navy warship had transited through the Taiwan Strait, the second such operation in two weeks.

“The ship’s transit through the Taiwan Strait demonstrates the US’ commitment to a free and open Indo-Pacific. The US Navy will continue to fly, sail and operate anywhere international law allows,” US Seventh Fleet representative Reann Mommsen said.

The defense ministry said the destroyer had sailed in a southerly direction through the Strait and was continuing to sail south.

The ship was on an “ordinary mission” and the situation was “normal,” the ministry added, without giving details.