Home/Opinion/Covid 19 coronavirus: Experts call for rethink on Auckland’s move to level 2
Previous Next 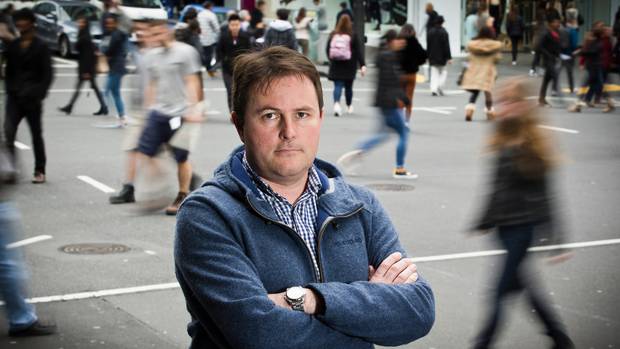 A day before Auckland is due to come out of lockdown, experts are calling for a rethink on the city’s Covid-19 restrictions as new cases of the virus across the city show no sign of slowing down.

The Ministry of Health reported 13 new cases today including 11 in the community, the highest number for almost two weeks.

Auckland University Professor Shaun Hendy, whose modelling has guided the Government’s response to date, said ministers should reconsider moving Auckland to alert level 2 on Monday – and if the change still goes ahead, employers should keep workers at home if possible.

“If you can work at home, you should continue to do so for the next few weeks,” he said.

Otago University Professor Michael Baker said Auckland should stay at least at a heightened “level 2.5” with the planned limit of 10 on social gatherings and everyone wearing masks in all indoor spaces outside their own homes.

Prime Minister Jacinda Ardern declined to comment today but is due to confirm alert levels at 1pm tomorrow.

Her office said she noted this week that “there was an expectation of additional cases from the cluster”.

The Ministry of Health said 10 of the 11 new community cases today “are clearly epidemiologically linked to the Auckland cluster”.

Six cases are associated with the Mt Roskill Evangelical Church – four in the same household and two who attended church services.

Four other cases are contacts of previously reported confirmed cases.

“The remaining person who has tested positive for Covid-19 is being interviewed today to determine their possible links to the cluster,” the ministry said.

Hendy said it was a concern that some people were still presenting to health services with Covid symptoms without being picked up by the teams who are tracing all close contacts of people already known to have the virus.

“That suggests that we are not completely ahead of this cluster,” he said.

Hendy said at the start of the current outbreak that there could be “five to six dozen” people who caught the virus in the chain of transmission from someone returning to New Zealand from overseas to the South Auckland family where it was first detected on August 11.

As it turns out more than twice that number – 135 – have been listed as community cases up to 9am today Saturday, and the key link to an original source from overseas has still not been found.

But since then the seven-day average has crept up again to 5.4 a day in the week to Friday August 28 – a sharp contrast to New Zealand’s first experience with the virus when cases rose steeply to a peak of about 90 cases a day in early April and then fell equally sharply to zero cases on most days from mid-May.

Hendy said Auckland’s level 3 “lockdown lite” was never going to contain the virus as effectively as the full level 4 national lockdown from late March to early May.

“That is the trade-off. If you are at lower alert levels, it takes longer for those numbers to drop away,” he said.

“We know that level 2 is not really designed to contain a community outbreak. Level 2 definitely runs the risk of the outbreak starting to grow again.”

Hendy said indoor workplaces were “risky environments, especially if you can’t socially distance in those workplaces, and also just the informal interaction”.

He said reopening Auckland schools on Monday was “certainly a concern”.

“We need schools to be keeping social distancing in place and making sure that they keep good records of who has been in particular classes,” he said.

Asked whether the Government should postpone reopening schools, he said: “I think it’s something we should consider. There are lots of tradeoffs in that decision. Obviously that puts stress on families if they are having to supervise children, so I think it’s about finding a mix of things that keep level 2 with that reproductive number below 1.”

Baker said the latest cases would have caught the virus well after level 3 restrictions were imposed, so “we need to be doing more, rather than less, to stamp it out”.

“Going down to level 2 on Monday means it’s more likely we will start to see numbers at the very least not decrease. We’d have a very prolonged transmission and there will be some risk of the numbers starting to track up,” he said.

“Basically we need to throw something out there to stop the virus, and from where I sit the only available thing is mass masking.

“If you have a level 2.5, which sets a gathering size of 10, and if you add masks it’s more effective, so you are going to have a requirement of mass mask use in all indoor environments including public transport and including workplaces, schools and social meeting places.”