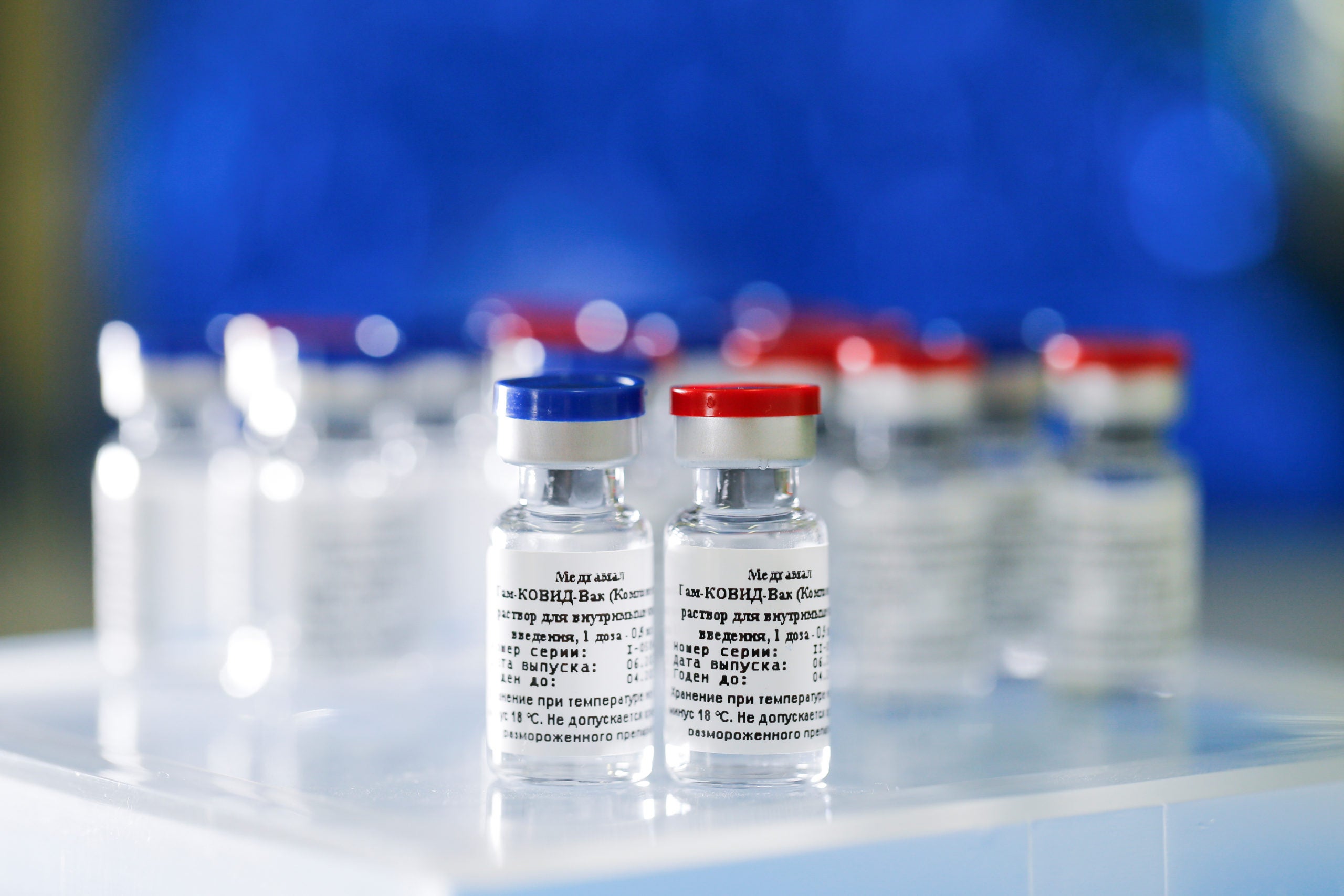 FILE PHOTO: A handout photo provided by the Russian Direct Investment Fund (RDIF) shows samples of a vaccine against the coronavirus disease (COVID-19) developed by the Gamaleya Research Institute of Epidemiology and Microbiology, in Moscow, Russia August 6, 2020. (RDIF)/Handout via REUTERS

MOSCOW—Russia has produced the first batch of its new vaccine for COVID-19, the Interfax news agency quoted the health ministry as saying on Saturday, hours after the ministry reported the start of manufacturing.

Some scientists said they fear that with this fast regulatory approval Moscow may be putting national prestige before safety amid the global race to develop a vaccine against the disease.

Russia has said the vaccine, the first for the coronavirus to go into production, will be rolled out by the end of this month.

Its approval comes before trials that would normally involve thousands of participants, commonly known as Phase III. Such trials are usually considered essential precursors for a vaccine to secure regulatory approval.

The vaccine has been named “Sputnik V” in homage to the world’s first satellite launched by the Soviet Union. President Vladimir Putin has assured the public that it is safe, adding that one of his daughters had taken it as a volunteer and felt good afterwards.

Moscow’s Gamaleya Institute, which developed the vaccine, said previously that Russia would be producing about 5 million doses a month by December-January, Interfax said.