Covid 19 coronavirus: BusinessNZ boss warns ‘there isn’t really anyone who believes it’s going to only go on for three days’

Home/Opinion/Covid 19 coronavirus: BusinessNZ boss warns ‘there isn’t really anyone who believes it’s going to only go on for three days’
Previous Next

Covid 19 coronavirus: BusinessNZ boss warns ‘there isn’t really anyone who believes it’s going to only go on for three days’ 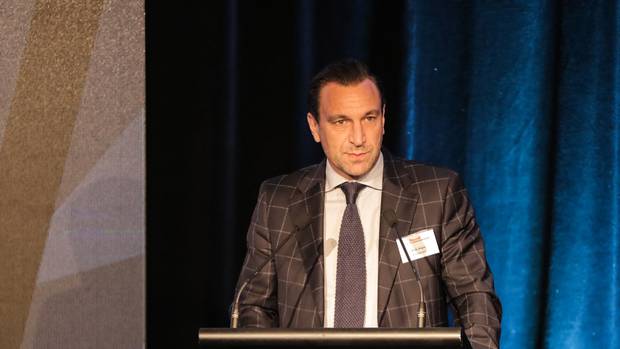 BusinessNZ is calling on the Government to reveal more information about the outbreak of Covid-19 in Auckland, with its chief executive warning the lockdown is unlikely to be over this week.

“Constraining information right now is probably one of the worst things they can do,” Hope, the chief executive of BusinessNZ, told the Herald this morning.

Hope added that businesses are weakened by the first lockdown and warned he did not believe the current restrictions would end on Friday. “There isn’t really anyone who believes it’s going to only go on for three days”.

On Tuesday night the Government would not say which businesses were potentially impacted by the outbreak, in which at least four people are infected.

Hope called for more information to be released.

“What we certainly need out of Government is much more information about the situation that we are currently in and how we got there, so that people are aware, particularly in Auckland, people who have been in contact with people who are infected and have been around the businesses,” Hope said.

“That information needs to be made public … There are too many people’s livelihoods that are at risk to constrain information. The Government needs to be really transparent about what’s going on and enable people to be able to respond really quickly.”

While he acknowledged concerns about privacy, Hope said there was a risk that the situation worsened because of a lack of information.

The greater challenge is it could get completely out of hand if someone’s been in contact with the business that was unaware that someone was infected and they themselves become infected,” Hope said.

“What we understand is that the Ministry of Health’s contact tracing process should be able to manage that, but what if they don’t? The reality is it’s much better if the general public have knowledge about where the risks are and that they can then self-isolate if they have been in contact with a business or a person in that area.

That is the quickest way to shut down the spread of the virus. Constraining information right now is probably one of the worst things they can do.”

Hope said that businesses he had spoken to were very worried about the prospect of another lockdown.

Obviously it’s pretty concerning for Auckland businesses, but for a whole bunch of businesses around the country that are going to be affected, even by a move to alert level 2, but the prospect of further lockdowns that are more serious in terms of alert level 4, should there be community transmission.

“Many businesses are in a highly weakened position coming out of Covid and still trying to operate in a very reduced economic climate and if we need to go into some sort of more serious lockdown or even for Auckland businesses going into alert level 3, some of them won’t have the capacity to be able to manage through that if it goes on beyond the three days and there isn’t really anyone who believes it’s going to only go on for three days.”