UK: Teacher fired from school for saying Muhammad was a false prophet

Home/Opinion/UK: Teacher fired from school for saying Muhammad was a false prophet
Previous Next

UK: Teacher fired from school for saying Muhammad was a false prophet

If he had said that Jesus Christ was not the Son of God, would he have been let go? Of course not. In shattered, staggering, dhimmi Britain, we’re all Muslims now. One simply does not say anything negative about the prophet whom everyone accepts and reveres. 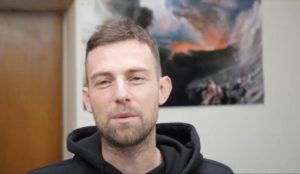 AN OXFORD teacher who was forced to leave a school for calling a transgender pupil a girl was let go from a second school just months later after he said Muhammad was a false prophet, it can be revealed….

It can now be revealed that Joshua Sutcliffe left The Cherwell School in Oxford and reportedly began teaching at a London school.

Mr Sutcliffe says he was then suspended because of comments made in a video he uploaded to YouTube.

In the 12-minute video, titled ‘what does the Bible say about false prophets?’, Mr Sutcliffe says Muhammad is a false prophet.

“I know this is controversial and I know that people might be offended by what I’m saying but I do it in love and because I want to speak the truth,” he says.

“We have other false prophets in this nation, never mind those that are following the teaching of Muhammad.

“What about someone in culture like Russell Brand, he is teaching a generation how to think.

“He’s got this multi-faith idea and that all faiths lead to the top of the mountain.”…

He then discusses the second sacking, saying ‘this time it was an Islamic mafia’.

“Both camps used bully tactics and intimidation and they’re getting people sacked all around the country,” he said….

“Teachers are scared stiff of these bullies.

“I was given a five day suspension because I said Muhammad was a false prophet.

“I believe Jesus is the true prophet of God because he is God, he is God in the flesh.”…