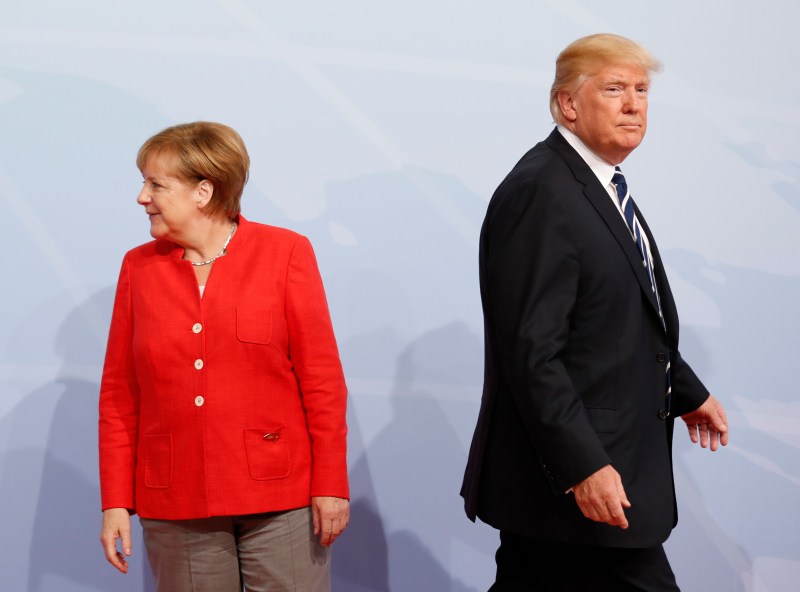 Henry Kissinger is supposed to have written that “America has no permanent friends or enemies, only interests.” He didn’t; it was actually Dinesh D’Souza channeling his inner Kissinger. But even that inner Kissinger turns out to have been Henry John Temple, 3rd Viscount Palmerston, who really did sayabout England: “We have no eternal allies, and we have no perpetual enemies. Our interests are eternal and perpetual, and those interests it is our duty to follow.”

As a statement of foreign-policy realism, that seems conclusive. At least until you hear what Palmerston thought those interests were. Scroll back a few sentences in his 25,000 word speech to Parliament on March 1, 1848, and you find the answer: “I hold that the real policy of England … is to be the champion of justice and right.” If a cause was just, Palmerston was convinced, allies could always be found to support it.

Looking back on the last three U.S. presidents, it is tempting to hear echoes of Palmerston in George W. Bush’s “coalition of the willing.” That said, it’s not clear just how willing Bush’s post-9/11 coalition partners really were. Barack Obama, by contrast, is fondly remembered for embracing America’s eternal allies—as well as trying to defuse Iranian hostility and reset relations with Russia. If there was an Obama doctrine, its watchwords were internationalism and restraint. “Multilateralism regulates hubris,” he told The Atlantic’s Jeffrey Goldberg toward the end of his presidency. It’s no wonder he was so popular with foreign leaders and ordinary people all over the world.
Trump mostly kept the United States out of an unwinnable war in Syria, fired John Bolton before he could start a war in Iran, and won plaudits in Israel for moving the U.S. embassy to Jerusalem.

No one ever accused Donald Trump of being popular, whether at home or abroad. And if there is one word that is most used to describe his foreign policy, it is “transactional.” The label sticks, perhaps because it matches how Trump sees himself. Martin Wolf of the Financial Times even swallowed his bile long enough to label him Palmerstonian, before reminding readers that Trump himself “is no Palmerston.” Wolf apparently hadn’t brushed up on his Palmerston, and certainly didn’t mean to imply that Trump was following the latter’s dictum of being a “champion of justice and right.”

But looking back over four years of Trumpism in U.S. foreign policy, has there really been so much wrong? Critics will point to failures in the Middle East and North Korea, but Trump mostly kept the United States out of an unwinnable war in Syria, fired John Bolton before he could start a war in Iran, and won plaudits in Israel for moving the U.S. embassy to Jerusalem. North Korea hasn’t conducted a nuclear test since 2017. And although many continue to believe that Trump is a puppet of Russian President Vladimir Putin, U.S. sanctions on Russia have only gotten tighter over the last four years. Trump sometimes takes flak for his support for Brazilian President Jair Bolsonaro, but the controversial leader has a strong democratic mandate, having been elected with 55 percent of the vote in 2018.

Amidst the torrent of criticism, the administration’s accomplishments are often forgotten. In North America, Trump pushed through a United States-Mexico-Canada Agreement that closed serious loopholes in the previous North American Free Trade Agreement, improved worker protections, and (mostly) stripped out controversial investor-state dispute settlement provisions. Meanwhile in Europe, Trump made himself unpopular in Germany by slapping sanctions on its Nord Stream 2 pipeline that will tie Western Europe to the Russian gas supply by carefully (and expensively) avoiding transit through Poland.

In East Asia, was it ever right to allow China to steal intellectual property, force U.S. firms into joint ventures, and erect an internet firewall around the entire country? Or to let it seize and militarize almost the entire South China Sea? In West Asia, the Arab-Israeli peace plan pushed by Trump’s son-in-law, Jared Kushner, has gone nowhere—but then again, no one else has succeeded on that front in forty years. And would it have been right to maintain the nuclear deal with Iran, a regime committed to “wiping out Israel” and that still calls the United States “the Great Satan”? Or to continue to support the highly corrupt, thoroughly undemocratic Palestinian Authority?

In a welcome break from the recent past, the Trump administration’s tactic of applying “maximum pressure” has, in fact, been quite Palmerstonian. Palmerston wanted Britain to stand up for “justice” in international treaties and the “rights” of small countries, but “with moderation and prudence, not becoming the Quixote of the world.” Like the Trump administration, Palmerston would have seen forcing allies to bear the costs of their own defense as eminently sensible, the Syrian civil war as a terrible situation that his country could do little to improve, and a global climate accord as not being worth the paper it was written on.
Just like people, countries don’t always want what’s good for them.

When it comes to exerting maximum pressure on China to achieve British trade and investment targets, Palmerston prefigured Trump by 180 years. In 1840, he was the foreign secretary who effectively launched the First Opium War. Nor was the imperialist Palmerston an angel in his personal business affairs: Later in the 1840s, he harshly evicted his starving Irish tenants during the potato famine. But despite alienating potential allies and embittering political opponents, Palmerston effectively leveraged British power to achieve British aims, which were, on the whole, more liberal than those of any other major power at the time.

So Wolf is right after all that Trump, though no Palmerston, really is Palmerstonian. That may be unpleasant for Wolf, whose native Britain is one of those countries feeling the pressure that the United States can exert. But when the United States is pressuring Britain to deny Huawei a place in its 5G network infrastructure, should our sympathies lie with the long-suffering ally or the global bully? Ditto U.S. pressure on Germany to increase its defense spending, South Korea to pay more for U.S. troops on its soil, and the World Health Organization to stop shielding China from coronavirus criticism.

In criticizing the Trump administration’s foreign policies here on the pages of Foreign Policy, Harvard professor Stephen Walt calls Trump “an incompetent and narcissistic charlatan.” His Harvard colleague Wendy R. Sherman calls Trump’s approach to foreign policy “vacuous and vain.” Pete Buttigieg and Philip H. Gordon write that “Trump has caused unprecedented damage to the system of alliances and partnerships that took the United States many decades to construct.” All claim that he has “ruined” or “destroyed” U.S. influence in the world. Yet it is not at all clear that being well-liked is the best path to being influential. Just ask Obama.

In the end, God helps those who help themselves, and in the Trump administration’s view of the world, so should the United States. Trump’s opponents may loathe his style, but if they want to see a more liberal international system in which Chinese and Russian power is curtailed and the United States’ allies finally step up to the plate, they should support his methods. Whatever they may think of Trump, they can hardly argue that the European Union, the United Nations, and the World Trade Organization were successfully fighting illiberalism at home and totalitarianism abroad before Trump came around.

In the Bush era, U.S. allies did their best to evade responsibility for maintaining global order. In the Obama era, they outright demanded that America “take the lead” while not taking much responsibility for conflicts close to their shores. Now, they are—however reluctantly—starting to behave like their own actions matter. They may not like it, and most of them probably share the U.S. foreign-policy establishment’s desperate hope for a Biden victory this fall, and for the return to quiescent normalcy they imagine it portends. But just like people, countries don’t always want what’s good for them. A second Trump term may be exactly what America’s allies need.

Salvatore Babones is an adjunct scholar at the Centre for Independent Studies in Sydney and an associate professor at the University of Sydney. Twitter: @sbabones