With 119,460 infections, Philippines overtakes Indonesia for most COVID-19 cases in Southeast Asia

With 119,460 infections, Philippines overtakes Indonesia for most COVID-19 cases in Southeast Asia 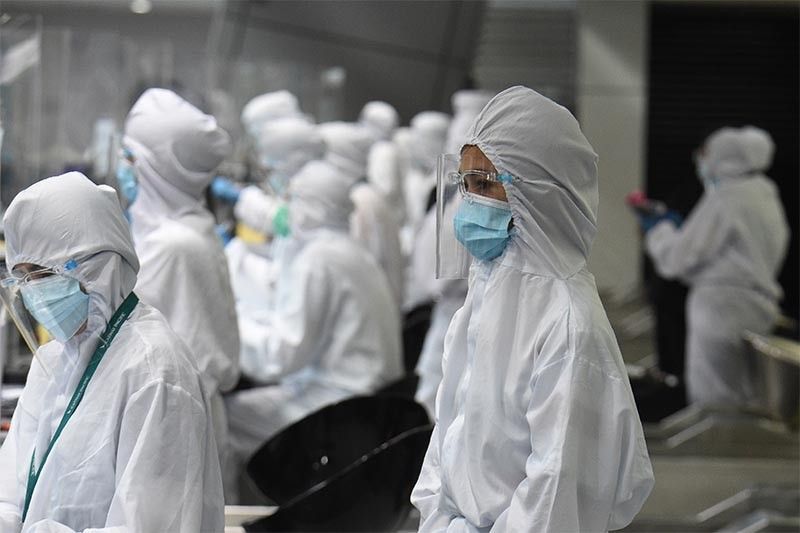 Airline ground staff wearing protective gear work at the counter at the airport in Manila on August 4, 2020.

MANILA, Philippines (Updated 5:09 p.m.) — The Philippines saw another spike in new coronavirus infections Thursday to take its total to 119,460, overtaking Indonesia as the worst-hit country in Southeast Asia.

The Department of Health reported 3,561 additional infections to take the national caseload ahead of Indonesia’s 118,753 cases as of Thursday, according to its health ministry. Manila has been reporting more daily cases than Jakarta for a time now.

Outbreak epicenter Metro Manila, which returned to a tougher lockdown, was responsible for 57% or 2,041 of the newly-reported cases. Meanwhile, Laguna had 222 additional cases, Cebu had 221, Cavite had 100 and Rizal had 81.

Currently, there are 50,473 active cases or patients who are currently ill in the country. Around 91% of the active cases are mild, while around 8% are asymptomatic.

The DOH also reported that 569 more patients had recovered, bringing the total number of COVID-19 survivors to 66,837. Total recoveries accounted for around 56% of the confirmed cases.

The death toll, however, rose to 2,150 with the deaths of 28 more patients. Indonesia’s fatality count, meanwhile, stood at 5,452—the highest in the region.

Some 1.546 million individuals have been so far tested in the country. According to the DOH, the country’s daily testing average within the last seven days was at 28,938.

Global infections passed reached at least 18.72 million, with more than 706,000 deaths since the virus emerged in China late last year.